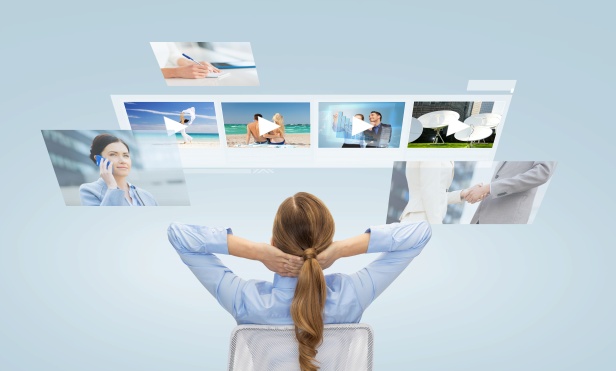 I am a huge proponent of the potential of online video, OTT (over-the-top) video, and online news in general.  Both from a consumer standpoint and a producer, online video is a force to be reckoned with.  But this breathless reporting about video views, without context, needs to stop.  We all know that data can be twisted to tell a story.  Data without context can paint a picture, but it might not be an accurate one.

The headline is true.  If you’re just measuring reach, without taking into account engagement or time spent, you’re not getting the full picture.  It’s the difference between the 3 seconds on You Tube you wait until you can click on SKIP AD and watching a full-length episode of a program.  They both count the same as far as reach, but which one has real impact?  You know the answer.

“If I watch one YouTube video for three minutes, and then spend three hours watching television, the reach is the same.  But to say I watch just as much YouTube as television is gibberish. Having access to something and spending time using something are two different things.” – Steve Sternberg

He points out to the latest Nielsen data:  Adults 18+ spend MORE THAN 10 TIMES AS MUCH TIME WATCHING TRADITIONAL TELEVISION THAN WATCHING VIDEO ON PCs, SMART PHONES AND MULTI-MEDIA DEVICES COMBINED.

It’s a similar point to what Kevin Draper wrote in Gawker that really puts things in perspective. 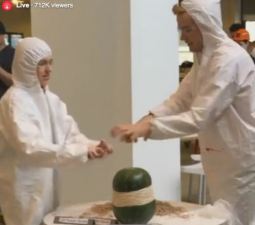 We see these gaudy numbers about video views – like the BuzzFeed exploding watermelon.  At its peak, 807,000 people watched it.  People compare that to Television viewing numbers and conclude, inaccurately, that more people are watching online videos (like exploding watermelons) than TV programs.  But what’s being reported is peak viewing – the maximum number of people watching any portion of the video.  Draper compares that to the CNN audience, which averages 712,000.  On the surface, it sounds like the BuzzFeed video had more viewers, right?  But let’s dig in.  Not everybody watched the whole watermelon video.  Measuring it the same way we measure TV – which is “average minute audience” as opposed to 3 seconds of viewing that Facebook uses – would show a much, much lower number.

In Draper’s watermelon example, he took the total views of the watermelon explosion (10.7 million to date) and broke that down to an apples-to-apples comparison with the way we measure TV audiences.  He says the 10.7 million digital views would equate to… 28,563 average minute TV audience.  So instead of beating CNN, it actually delivered (in total) about 4% of what CNN delivers every minute.