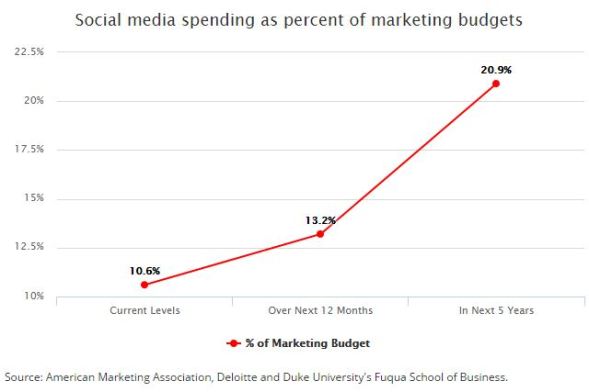 Then, the big question:  Does it work?

What’s incongruous to me is that most marketers still don’t know if it works.  Seriously.  Almost half of all of the marketers responding to the Duke/AMA/Deloitte survey say they have no ability to show the impact on their business.

A whopping 88% of senior advertising/marketing executives say they have no quantifiable results from social media.

47% say they can’t show any impact in any case.

Advertising has always been about getting the word out, getting people into your place (whether brick-and-mortar or online), and getting people to buy what you’re selling.  Digital promised a level of metric transparency never seen before in advertising.  It promised a way to views, clicks, and conversion rates.

If it’s so transparent, why can’t we prove it works?

I’m not trying to put down digital advertising.  We have plenty of clients that use it well and see results.  But people that think it’s the “magic answer” and they can “do it themselves” for a “fraction of the cost” are deluding themselves.  The big guys can’t do it and they’ve got all the money in the world to spend.  Even when they do, they can’t prove it works.

And that’s before we talk about problems with ad tech, ad fraud, and reporting bad metrics (like these stories I wrote in the past six months):

Some things haven’t changed over the years

Getting the right message in front of the right person at the right time is still the basic tenant of great marketing.  How you get that message and where you show it has changed.  Social media, and digital advertising, can be a great alternative to traditional media.  After all, it’s all about reaching people in their environment. In some cases, it may represent a better strategy.  And we know empirically that combining a consistent message across multiple platforms (traditional sources like TV and various digital campaigns) is the most potent combination of all.

Like anything else, if it seems too good to be true, it probably is.  Don’t be fooled by the “bright shiny object.” It’s worth saying again: the key is using the right tools at the right time with the right people.