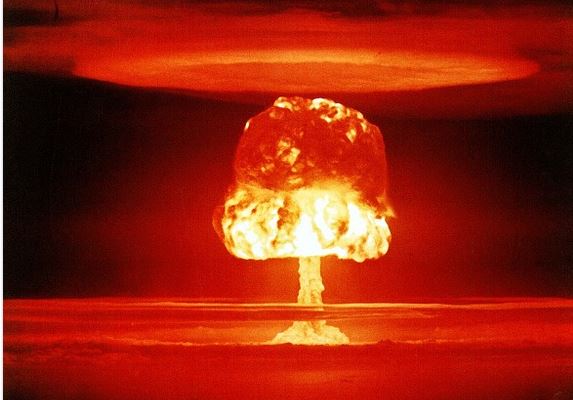 Advertising lessons learned from working in the news business

For several years, I worked as a strategic consultant and trainer at some of America’s top television stations, including those owned by Gannett Broadcasting, Hearst-Argyle, Post-Newsweek, Cox, Raycom Media, Journal Broadcasting, Freedom, and Fox. I have worked on projects for Entertainment Tonight, Hard Copy and Real TV and have conducted more than 100 workshops, seminars, and focus groups for industry professionals and advertisers on a variety of management, strategic planning, branding, and marketing topics.

I don’t tell you these things to brag, but to set a frame of reference for the story I want to tell you know.  Because even in sophisticated media businesses – people that should know how to market and promote – they often haven’t defined their Weapon of Mass Distinction.

I was doing consulting work with a TV station that wanted to do a better job of writing the daily promotional ads for its local newscast.  The promotion writer’s job was to convince people to watch that night’s news.  So, he’d spend hours writing what he thought was a great promo telling people about these really important stories and inviting them to watch his station.

The “great” promos drove potential news viewers directly to the station’s competitor! Businesses do this all the time without thinking about it.

One time, the station heavily promoted a “Breaking News” story because they were the only station on the scene of a big story.  When the station saw its ratings for the day, the ratings had actually gone down.  Why?  Because another station in town was known for consistently delivering “Breaking News.”  So – even though the first station had the story exclusively and the other station didn’t – the competitor got all the credit for it!  The “Breaking News Station” should have called and said thanks for the free commercial!

Recently, I heard an ad for an eye doctor, urging parents to make their appointments now to get their children’s eyes checked before school started.  It reminded us to call OUR eye doctor to set up appointments for our kids.  Couldn’t even tell you the name of the eye doctor in the ad.

But I’ll bet our eye doctor appreciated her competitor bringing her business!

Unless people are new to town, or have no loyalty established already, they think everybody in a product category is about the same.  So, without a compelling reason to choose one store over another, they’ll default to where they’re comfortable, assuming – often incorrectly – that they’ll have the same deal there.

You know how it goes:  By the time they get to the store, they may or may not remember what specific ad brought them there. But, they’ve already invested time getting there, and unless it’s a really bad deal, they may buy anyway.  In that case, your ad drove people to your competitor.

Why did this happen in each of these cases?  Because, as in the news promotion example, the writer didn’t take enough time to focus on what people got when they visited his station versus the competition.

It wasn’t so much the important story; it was what the station was doing with the story that nobody else was.  He didn’t turn his point of different into the station’s Weapon of Mass Distinction.

Here’s an example:  Let’s say the story is that one local public school is considering making all of their students wear uniforms to school everyday as some private schools do.  You might write the ad this way:

“The XYZ school is considering making its students wear school uniforms.  Tonight on the news, you’ll hear from educators, students and parents as they debate the pros and cons.”

It falls into the “we-do-news-too” syndrome.  If you were a viewer, you’d likely only care if your child went to that particular school, and you’d assume your favorite station would have the story, too.

Instead, here’s how it could be written:

“One local school is considering school uniforms.  Today, we called EVERY school in the district to see if they’re considering uniforms.  We will go school-by-school and let you know if your student could be affected.  Only Station X will have this list.”

Now, it affects anybody who has a school age child.  You’ve learned that you can only get the information one place.  And, if by chance, you still go to your regular newscast and don’t get this specific information you want, you’ll be disappointed.  In that case, they just did a free commercial for our newscast by pointing out there’s a shortcoming.

The lesson is this:  avoid “generic” marketing and sell lines.

Focus on the specific thing you’ve got that nobody else can duplicate.  Make potential customers understand that if they think all businesses are the same, they’re not!  Say it in a way that if they ignore the message and go to your competitor anyway, they’ll be disappointed.  That’s your real Weapon of Mass Distinction.

Make sure your Weapon of Mass Distinction isn’t something your competitor already owns.

The above is an excerpt from Paul Dughi’s second book on marketing, The Economy Sucks. Your Business Doesn’t Have To:  How to grow your business in tough times, published in 2009 and 2016.  You can download a free Kindle version at Amazon here.

Dughi is the co-author along with Jennifer Bliesner, of Weapon of Mass Distinction, published originally in 2005 and 2016.  You can download a free Kindle version at Amazon here.