Darrn Cauthon is a software developer.  On Christmas day, he says, a family member was using their Smart TV and downloaded an app to watch a movie.  The TV set froze up.

When it rebooted, this notice appeared claiming to be from FBI Director James Comey. Full of grammatical errors, it said the device had been locked up for “your attendance of the forbidden pornographic sites has been fixed for this reason your device has been locked”  To fix it, you’ll need to pay a $500 fine. 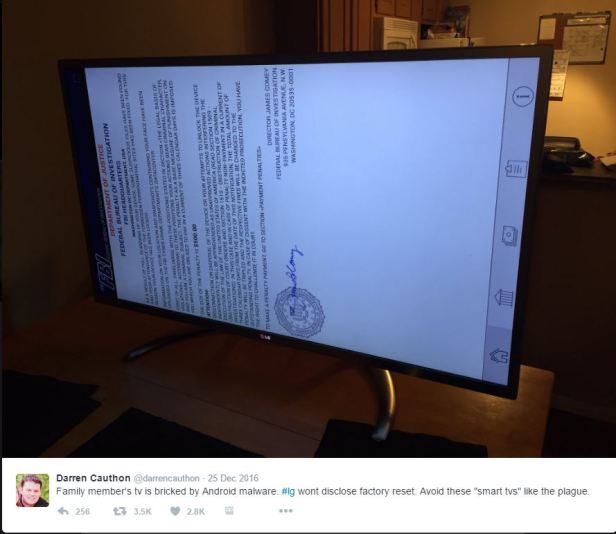 We’ve seen such ransomware show up on PCs and more recently on some smart phones, but this is the first time we’ve seen ransomware showing up on a Smart TV, although there have been warnings.

To fix it, the TV needed to be reset to factory conditions, which is no easy task.  Slate reports that one place wanted $340 to do the reset.  In the tweet above, Cauthon said LG wouldn’t provide details on how to do the factory reset, but later said they did provide the instructions… and the TV was returned to normal. 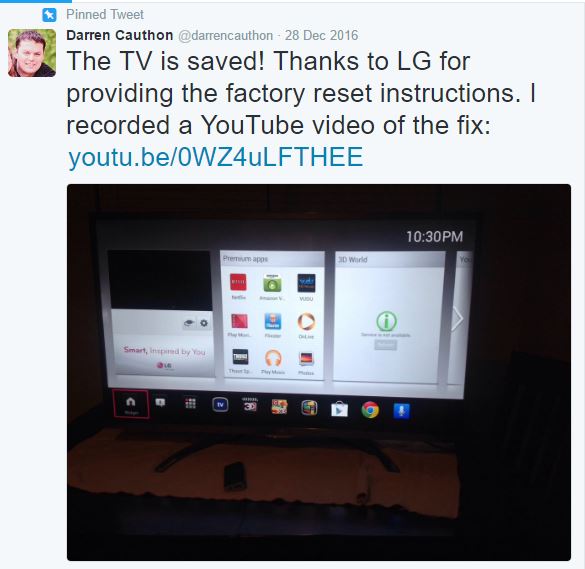