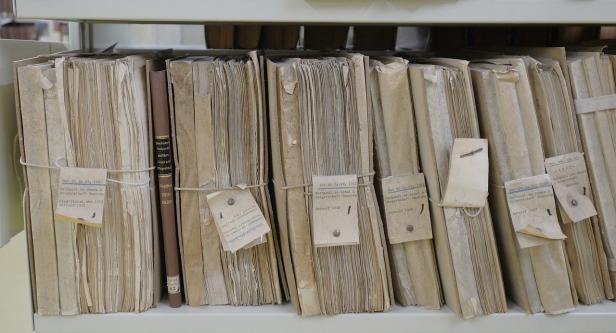 It’s nice to see both parties working together on something, but it does happen. Both the House and Senate passed the FOIA Improvement Act and President Obama signed it into law. Now we’ll see if it makes any difference.

The bill is designed to “boost government responsiveness” to Freedom of Information Act requests. It says, in short, the government should presume openness when considering the release of information.

Will it change anything?

I worry that for career bureaucrats, it won’t change much. I fear it will be sort of like that “innocent until proven guilty” thing in the court of public opinion. Bill proponents talk about changing the “default setting” to openness. Some public officials have been so conditioned to think of public records as secrets, it will be difficult to switch that switch.

The bill puts a 25-year sunset on the government’s ability to withhold certain documents “that demonstrate how the government reaches decisions, which now can be withheld indefinitely from the public.” It also requires agencies to make publicly available “documents that have been requested and released three or more times under FOIA.”

“It could serve as a catalyst to the federal agencies who were slow do adopt, much less, apply open government standards.” — The Sunlight Foundation via Broadcasting & Cable

It’s a step in the right direction. More often than not, FOIA (Freedom of Information Act) requests are being met by government officials as a nuisance and with outright hostility. The default setting currently seems to be something akin to an eye roll.

We get it. It’s more work for your already overworked staff (EDITOR’S NOTE: Did I really just say overworked when talking about government employees?). It’s going to take up time and it may just throw some light on something you’d rather nobody noticed. But, folks, it’s the law. And beyond that, they are public documents that have been produced using taxpayer money. So take that!

“So sue us,” one official told one of our reporters when he said he wasn’t going to respond to our request.

Requests take more time than ever. Information is delayed, like a Dayton Daily News request for public records from the US Marshall’s Service that took 14 months to respond, only to tell them the request should have gone to the FBI. Or there’s a significant bill attached to acquire seemingly simple information, like the Plymouth, Michigan student journalist who asked for a list of the websites banned in public schools and was presented a bill for $8,000.

The feeling on a lot of these issues seems to be, ignore them and they’ll go away.

Kind of ironic that the bill gets signed within days of a newspaper publisher and his lawyer in northern Georgia get charged with felonies (yes, felonies!) for filing an Open Records request. When they asked for bank records of a court’s operating account, the administrative judge said they were trying to commit identity fraud with the information. They were arrested and charged with felonies.

“We are shocked that any journalist would be jailed for simply asking a question,” the Society of Professional Journalists

“When members of the press and other Americans try to compel the government to hand over public records, federal agencies often come up with any number of excuses not to comply. Well, the public’s work ought to be public, and the government’s default should always be in favor of transparency unless it can demonstrate a sound reason, backed up by law, to withhold information.” — Sen. Charles Grassley (R-Iowa) via Broadcasting & Cable

For today, though, let’s be optimistic and hope the default switch gets flipped. If you’re a journalist reading this, you now have some additional ammunition in your battle with government agencies.

An open government, a vigilant media, and honest journalists are critical to a free society.

Standing up for the First Amendment in the Digital Age: Do we have the will?

Make no mistake. The First Amendment has been under attack for some time now.